Saying goodbye to BaltimoreAfter more than a decade living in Baltimore, I’m embarking on a great American cross-country road trip with my family this summer and moving into a new home in Seattle.My wife and I are Montana natives and have deep roots in the Pacific Northwest and although we’ll miss Baltimore’s unique charms we are thrilled to move closer to family and old friends.There is nothing like a cross-country road trip to deepen one’s appreciation and fascination with the vastness and beauty of America. It’s been an annual tradition for my family to drive to Missoula, Montana for the summer and I’ve made the trip at least 15 or 16 times (I’ve lost track). In all those trips we’ve only stayed in motels once or twice. Instead, we’ve camped in nearly every national park between here and Montana, explored numerous hidden gem state parks and crashed with friends and relations along the road.At the moment we’re stopping over in Missoula for a few weeks while I catch up on work and make some quick business trips to D.C. and Colorado. I found an unfurnished college-student rental to stay in for July. My mother is the executive director of a large skilled nursing facility in Missoula (and all three of my sisters work in nursing homes too – you could say it runs in the family!) and she kindly lent us some spare furniture and home furnishings from the facility. We’ll make the final push to Seattle at the end of the month via the glorious Going to the Sun highway in Glacier National Park.What does this life change mean for ChangingAging? I want to assure our readers that my work with Dr. Bill and running ChangingAging will continue. In fact, this upcoming year looks to be ChangingAging’s biggest year yet.This weekend I’m heading to Gateway Canyon, Colorado with Bill for a gathering of some of the biggest thought-leaders in aging and innovation hosted by AARP’s Life Reimagined Institute. If you haven’t visited Life Reimagined yet, check it out — it provided the blueprint to help me reimagine myself to Seattle. I’m beyond thrilled that ChangingAging is invited to participate and you can expect great things to come out of this gathering.The other big event to look forward to is the publication of Bill’s next nonfiction book “Coming of Age: Outgrowing Adulthood and Becoming the Person You Are Meant to Be” by Simon and Schuster in the spring of 2014. ChangingAging readers will be very familiar with themes of the book as we’ve been blogging them for the past three years under the working title “The Second Crucible”. I’m coordinating with Simon and Schuster’s marketing team on the book launch and I can’t tell you how excited we are. The buzz from Bill’s editor is that Simon and Schuster believe his book is going to be HUGE.For ChangingAging I feel like Seattle is the place to be. If Baltimore/D.C. is the epicenter of aging issues related to policy and government (think CMS, Medicare, Capital Hill plus all the foundations and advocates), moving to Seattle puts me in the center of one of the biggest hubs for pro-aging lifestyles and culture change. Seattleites are known for being among the most active, outdoorsy and healthy of all city-dwellers. But the city also deserves the reputation for being among the most aging-friendly in the country.As just one example, thanks to a ChangingAging connection on Facebook, I’ve already been invited to participate in organizing a “Design-for-Aging” workshop at the prestigious Seattle Design Festival this September. The organizers want to look beyond the usual product and tech design and talk seriously about social and relationship design for aging. How cool is that?I’m also thrilled to be moving into a Seattle neighborhood sandwiched by two Village-to-Village Network communities — the Phinney Ridge Village and NEST Village. For those who aren’t familiar, Villages are well-organized, grass-roots neighborhood organizations focused on creating intentional, intergenerational communities that help elders aging in their homes with strong support from the community. The movement originated in Boston’s Beacon Hill neighborhood about a decade ago and has since spread to over 100 communities. I’ve had the privilege of working with the national Village to Village Network on social media and video production since the end of last year and I can’t wait to get involved locally.Seattle is also home to one of the oldest culture change champions in the country — Providence Mount St. Vincent. “The Mount”, as its locally called, has pioneered person-centered culture change and is home to one of the largest intergenerational learning centers of any nursing home in the country with 125 infants and small children. I’ve wanted to visit “The Mount” since first reading about it in Beth Baker’s book excellent book “Old Age in a New Age”.Speaking of culture change, The Pioneer Network’s annual conference will be held in Bellevue, Wash., just outside of Seattle August 11-15. This is the biggest culture change event of the year and I look forward to seeing my culture change friends and meeting new ones from the pacific northwest. Also, stay tuned for a big announcement next week regarding the conference — I’ve been working with Pioneer to secure sponsorship to do some social media work to promote the conference and it looks like it’s coming together!So what are you doing for your summer vacation? Give me a shout if you’re in the Pacific Northwest, I’d love to connect. Below are a few pictures from our road trip — enjoy! 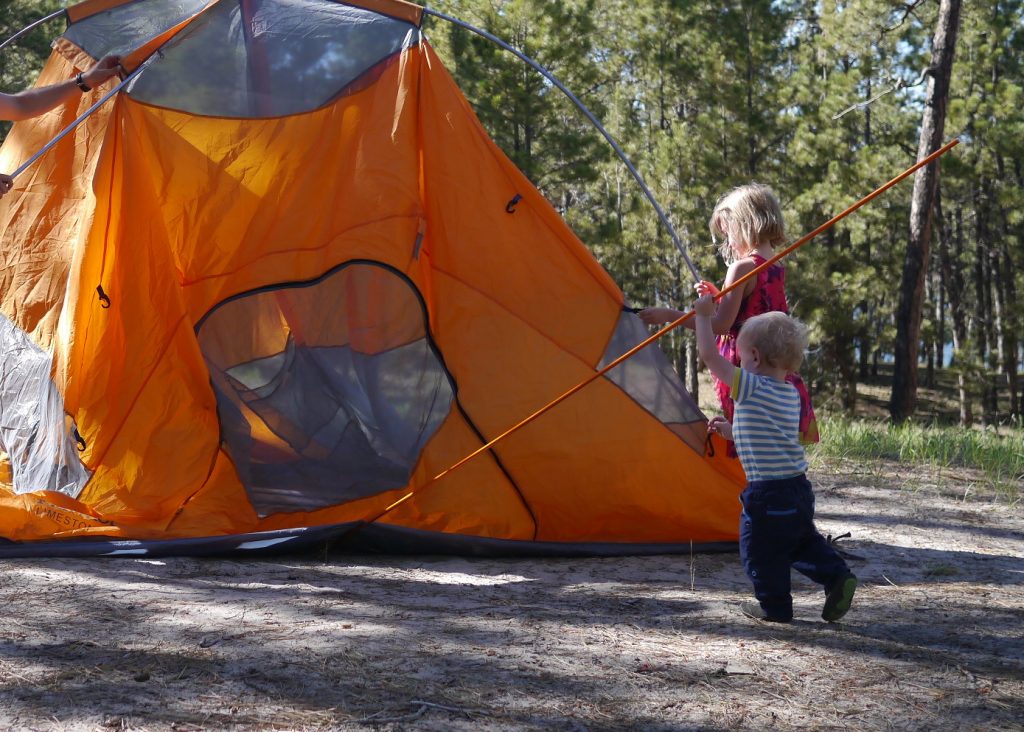 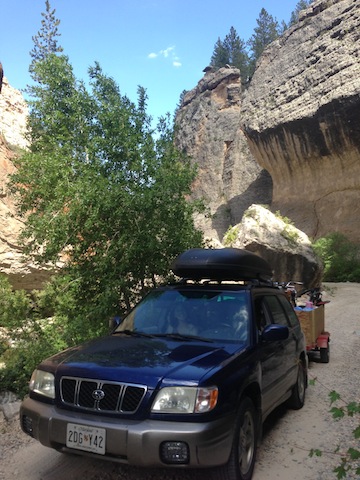 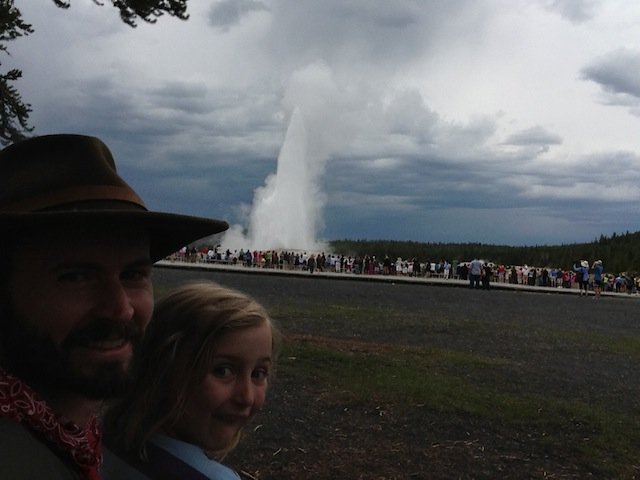 Old Faithful – No caption needed. Related PostsRethinking Life ReimaginedToday, Dr. Bill Thomas called me up and asked me a relatively straightforward question: do I think AARP’s Life Reimagined is having an impact on the lives of ChangingAging’s audience?A Day For Elders To RideLast weekend I had the pleasure of attending a motorcycle rally at a skilled nursing home in Missoula, Montana. That’s right, and even the most frail could ride.The Path Least TraveledIt was 5 AM mountain time. I pulled my head out of the sleeping bag and quickly dove back in. The temperature was in the 40’s  and I was sleeping on the bare ground in the hills of Wyoming. I had been on the road for three days, riding my…Tweet8Share30Share5Email43 SharesTags: Life Reimagined Seattle Simon and Schuster Village to Village